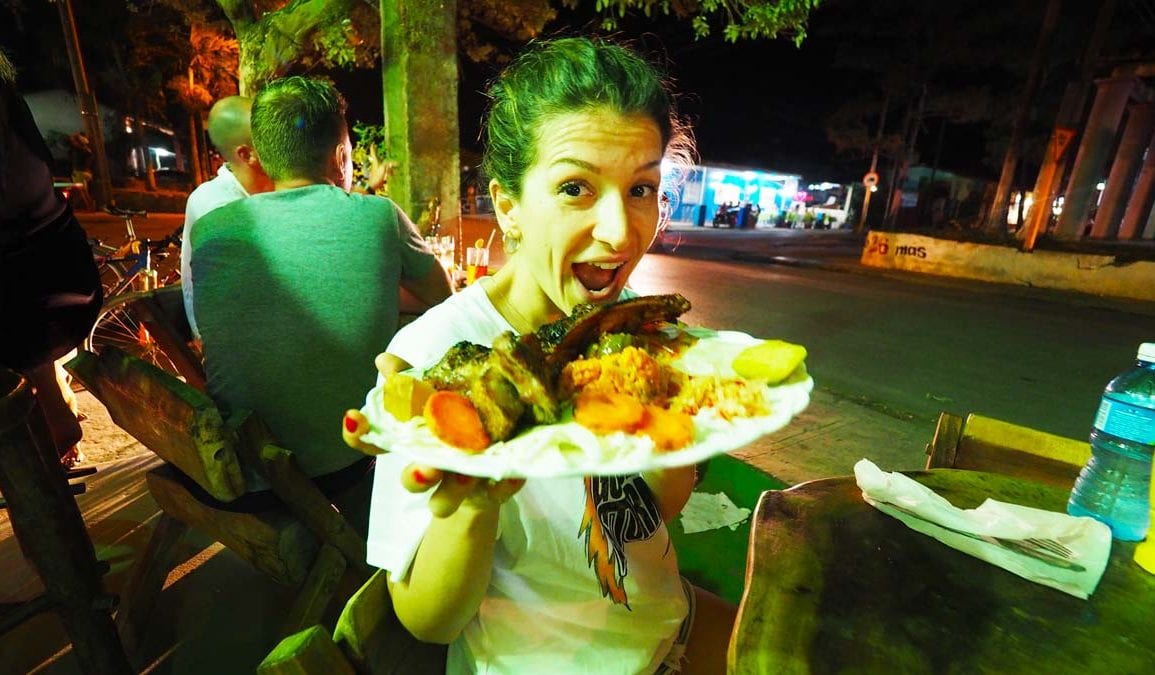 CUBAN FOOD & WHERE TO EAT IN CUBA

The tough thing about describing Cuban cuisine is that it’s not so different from Latin American food as a whole. That being said, there are still some surprises to food on the island nation and a couple of incredible standouts (looking at you, shrimp and pineapples). We’ve laid out our hits and misses, and which restaurants you absolutely must try.

What has influenced Cuban food?

Cubans are less open to the idea of experimenting with their cuisine, mainly due to the fact that both life and food in the country have been set in stone for 70 years. Another reason is the government’s hand in food and nutrition. The government decides what people should eat according to their age and health, and will distribute rations accordingly.

Because of this, locals aren’t really open to innovation in cooking. Having spent so long without a private sector, there’s usually only one product for any food item – no matter where you go in the country, you’ll find the exact same cheese at breakfast.

On the other hand, the country is becoming more and more economically liberated, something that has trickled down to the plate. Though “fine dining” will be hard to find – please don’t come to Cuba and expect to find steak tartare smothered in quail eggs – there are a couple of trendy restaurants that have recently opened, elevating the food scene in the country.

Traditional Cuban food and cuisine stem from the country’s history of being colonized by the Spanish, who then brought slaves from Africa. Food in Cuba is a blend of Caribbean ingredients and African influences. We’ll touch on this a little more further below.

Here’s what you can expect to find in this article:

Though there are no standout features of Cuban food, this usually holds true: Whatever you’re eating, there will be rice (“congri”), black beans (“morro”) and greens to go around. Also, for those of you with a love for french fries, plantains can be a surprisingly close contender.  You’ll be rotating your congri, morro and greens around a main choice of chicken, meat, fish or seafood.

The portions in Cuba are huge. We would often share one portion between the two of us and leave completely full.

All in Cuba insisted that what we were being served was lobster – but be warned, tis not the lobster you may know. Caribbean lobster looked a lot more like crawfish to us, but we’re not complaining because 1. the price is right and 2. it tastes great.

The price of meat and lobster are about the same. Though the prices might change depending on where you eat, it should be about 11 CUC. Fish is a tad bit cheaper, at around 8 CUC. Definitely go for the lobster since it’s cheaper than most other places around the world. Plus, the Cubans normally grill it, which gives it a spectacular taste.

If This is Shrimp, What Have We Been Eating All These Years?

We’ll gladly bet that you’ve never come across better shrimp in your life. It’s not about the recipe, but the shrimp itself. We suspect it’s the Cuban water that makes the difference. Even though shrimp and lobster are high in cholesterol, let’s throw caution to the wind for this culinary experience. One of your first meals in Cuba absolutely has to be shrimp.

We suggest that you eat breakfast at the Casa Particulars where you’re staying. Breakfast in Cuba is pretty standard and will be the same no matter where you go: a fruit plate, freshly squeezed juice, eggs, bread, tea, coffee, honey and butter.

If a place you go to doesn’t have a couple of these breakfast staples, they’ll probably give you some cheese or salami. If you are tired of eating the same thing for breakfast, I’m afraid there’s no escape; restaurants serve the same thing but at a higher price. 🙂

We were able to find a really great buffet in Havana with several different breakfast choices. Price per person was 4.5 CUC. Address: 5 Esquinas Trattoria. Click here for the location.

Much like the shrimp, the pineapples in Cuba are something else – you won’t be able to find a better tasting pineapple anywhere. However, if you’re offered juice at breakfast, ask for guava! Guava is a super fruit, and the experience of drinking it down is 100x better than eating it.

Cuba is also home to the papaya, where it grows in abundance. In fact, much of the rest of the world gets its papaya from Cuba. Whether or not you ask for it, papaya will show up on your breakfast plate. Tropical fruits are a glorious aspect of Cuban food.

Cuban coffee is easy to drink and goes well with the rest of breakfast. It’ll get you ready for the day slowly, no wake-up slaps from unnecessarily strong brews here. 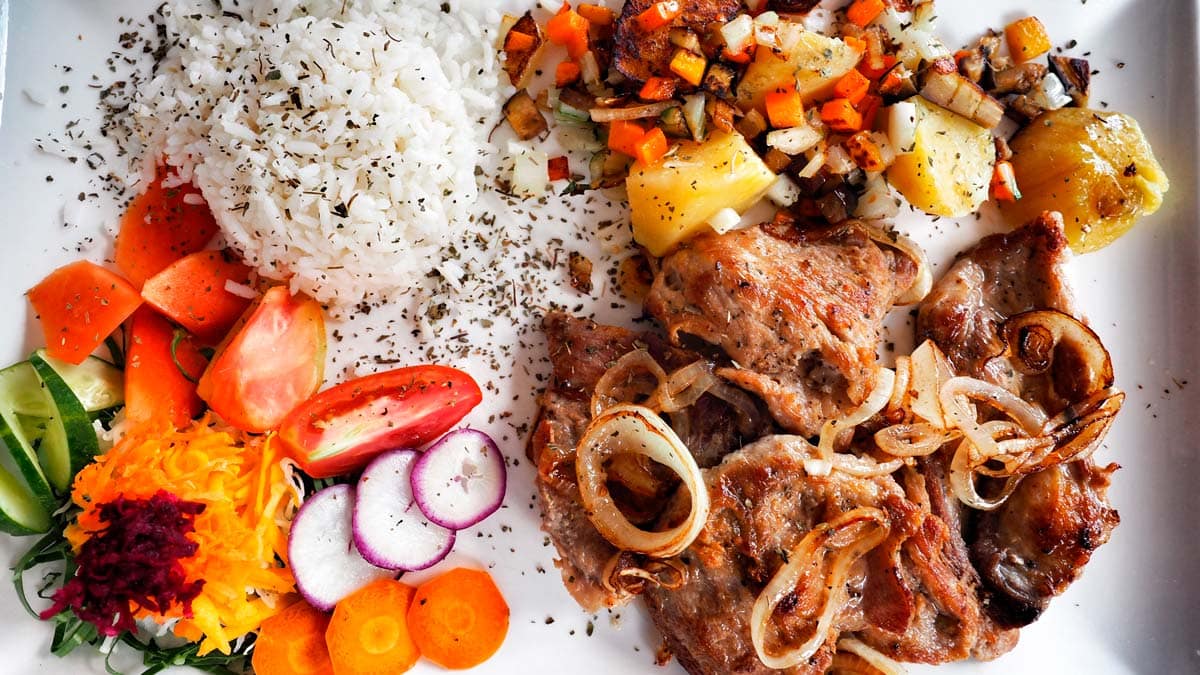 Ropa Vieja: Lamb tandoori cooked in tomato sauce
Cerdo Asado: A regional recipe from Vinales. This is roasted pork, but it’s popular at some restaurants cooked over the grill.
Fried Plantains & Yucca: Plantains are a type of banana brought over by African slaves. There is also a Peruvian yucca that resembles potatoes. The yucca won’t give you the same guilty pleasure of wolfing down fried potatoes, but they’re lovely nonetheless.
Congri: Black beans that are likely to be served with rice, no matter what you eat.

Here’s our selection of the best restaurants in Cuba. To be fair, these are based more on the ambiance and atmosphere and not the food.

Havana
– Paladar La Guarida
– Dona Eutimia
For all: Where To Eat In Havana – Pioneering Restaurants Of Havana