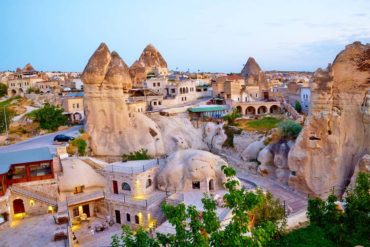 WHERE TO STAY IN CAPPADOCIA – BEST LOCATIONS & CAVE HOTELS

Cappadocia
Wondering which area of Cappadocia you should book a stay? What parts are more scenic or central? We have got some tips for you. Luxury cave hotels are one of Cappadocia's biggest draws for tourists but there are also budget options with great standards. Here are the best areas and also best hotels. 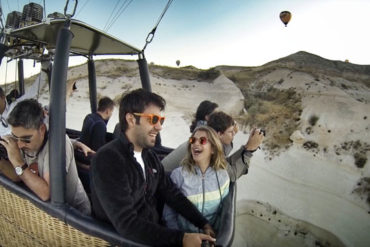 Cappadocia
Planning a trip to Cappadocia? Then you are in the right place. We are award-winning travel bloggers from Turkey and we have compiled a great Cappadocia travel guide for you. How to plan your trip, which things to prioritize (because there are many), top things to do & see. 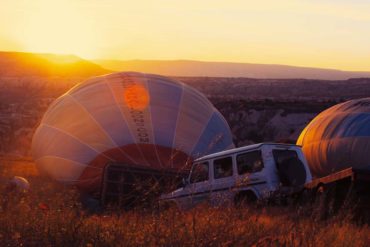 Cappadocia
Here you will find 20 bucket list items that are unique to Cappadocia. It is the ultimate way to experience Cappadocia. 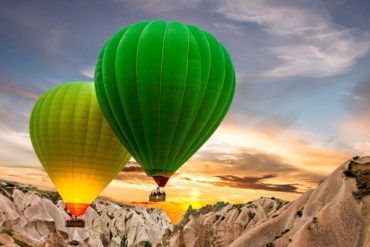 Cappadocia
Why not take in Cappadocia's other-worldly terrain in all its magnificence with a balloon tour! This is a guaranteed experience of a lifetime - but it pays to know what you are doing and plan ahead a little. We offer you the lowdown on prices, safety, when to go, and other essential tips. 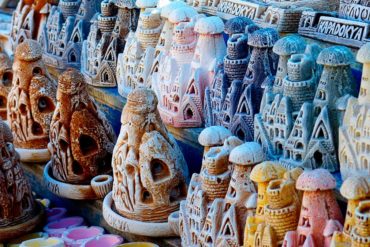 Cappadocia
As one of Turkey's biggest tourist attractions, the stunning region of Cappadocia is naturally replete with options for unique souvenir items. Here, we give you a run-down of the items the region is famous for, so that you can get the most authentic of gifts and even help boost the local economy. 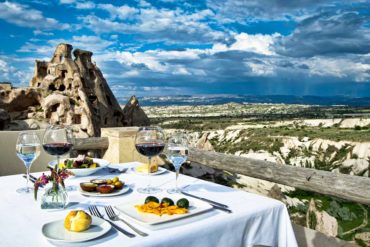 BEST CAPPADOCIA RESTAURANTS – WHERE & WHAT TO EAT

Cappadocia
While we were a bit disappointed in the lack of local cuisine in Cappadocia, we were able to find a selection of restaurants and dishes that you must try during your trip. Don't worry, you won't go hungry while you're in Cappadocia. :)

The Best Time to Go to Cappadocia 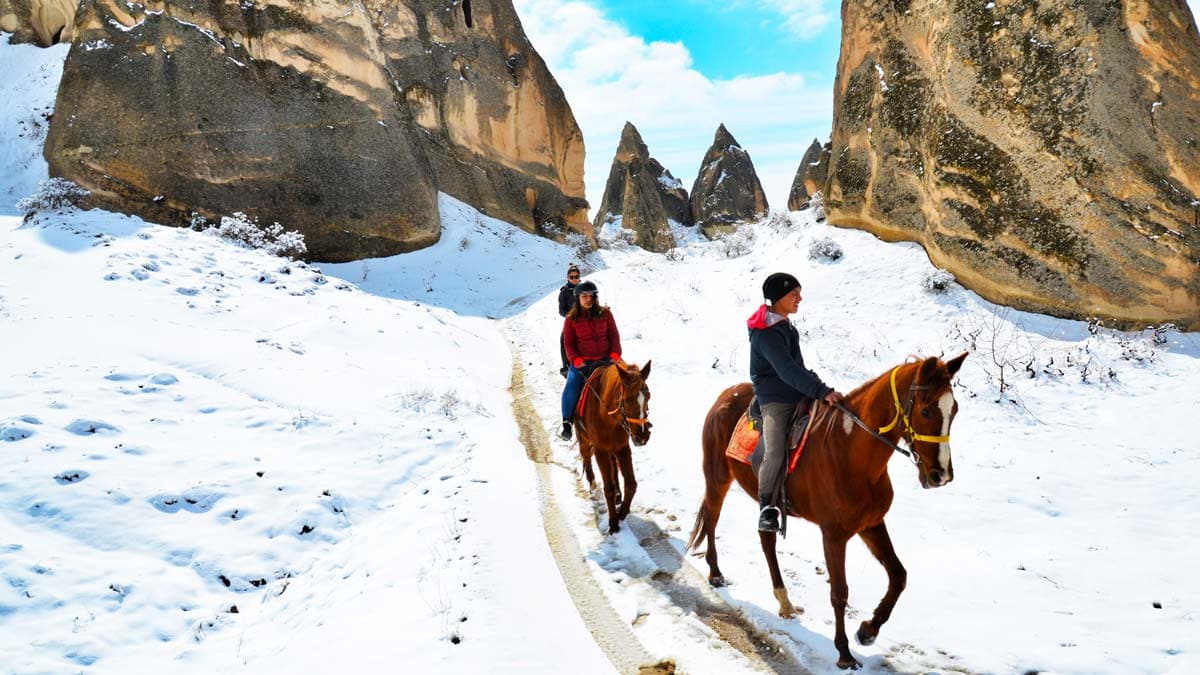 It's always a good time to go to Cappadocia! Located in the heart of Turkey, Cappadocia is known for its unique rock formations and for being a refuge for civilizations dating back hundreds of years.

It's also an area that offers activities year round. Seriously, you can go any season of the year. It's one of those few places where you'll have a different experience everytime you go. Of course, there are pros and cons to every season, so we recommend that you focus on the experiences you could have in Cappadocia and choose when you want to go based on that.

If you're intent on going to Cappadocia to take a hot-air balloon ride, then the summer and spring months offer the best weather conditions for this. Because the winter is not always suitable for hot-air balloons, flights are often delayed.
Or if you're more interested in going on an ATV safari, then don't go during rainy times as the roads will be muddy and slippery. This will make going on an ATV more dangerous, and you won't be able to enjoy yourself fully. It'll be even harder if you're new to ATVs.

You can also do several other activities such as going on nature walks and cycling provided that you have the appropriate equipment and clothes. But if you're a beginner and you don't know what kind of equipment to use, then you might have a difficult time in bad weather.

You might also want to research important dates such as festivals and competitions that might take place throughout the year. So we recommend that you schedule your trip about what you'd like to do here and the weather accordingly. 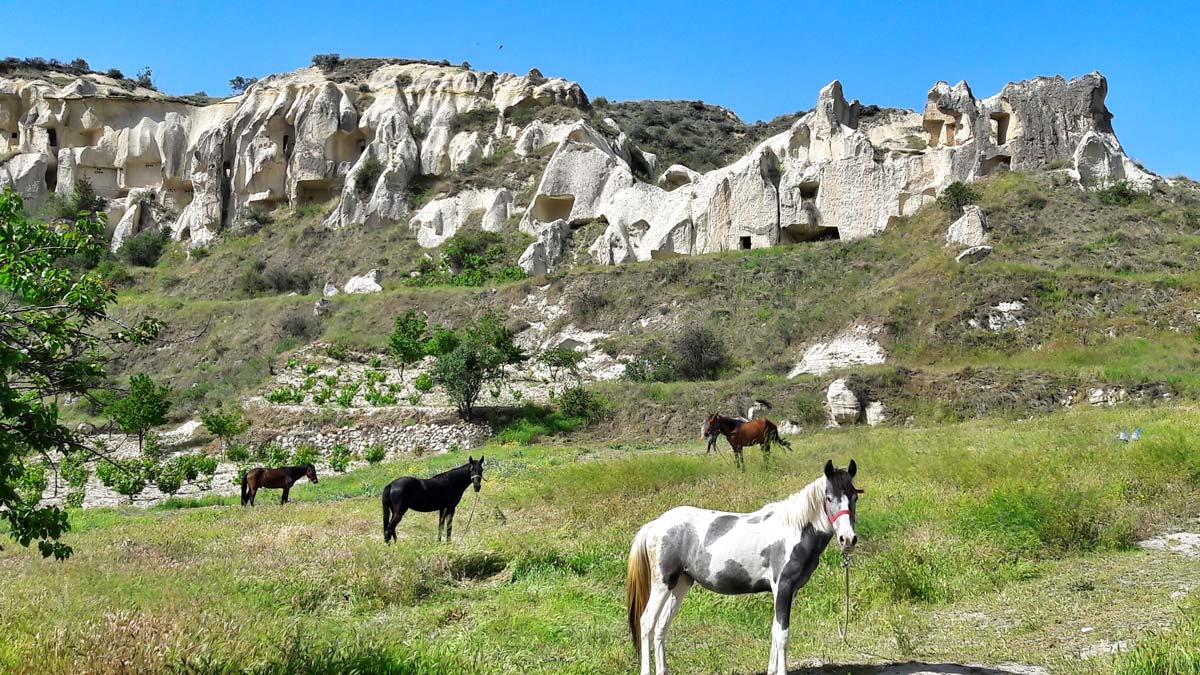 - The weather is cool during the evenings, even during the summer so be sure to take a shawl, long sleeves, socks, and hoodies.
- If you don't already have a museum card, invest in one.
- Include art events going on in the area into your itinerary.
- If you don't have a car, then you'll find it difficult to get around. If you're thinking of renting a car, then make a music playlist or CD that you'll be able to listen to during your journey.
- When you're on long walks or hikes, make sure to pick up after yourself and pick up trash if you see any. Raise awareness among those around you, so we'll pass along a better world.
- If you do yoga, then take your mattress with you to do yoga in Cappadocia's stunning valleys.

How Many Days Should I Spend in Cappadocia?

Let me first tell you: Cappadocia is not a place you can visit in a few days. It's a vibrant area regarding places to visit and things to see - but also concerning experiences that you can have. In other words, even if you've already been, there's still more to see and experience. We've been four times, and there are still places left for us to see. But Cappadocia is still a great place to go for the weekend, and if you don't have the time, then you can see the best places that Cappadocia has to offer. 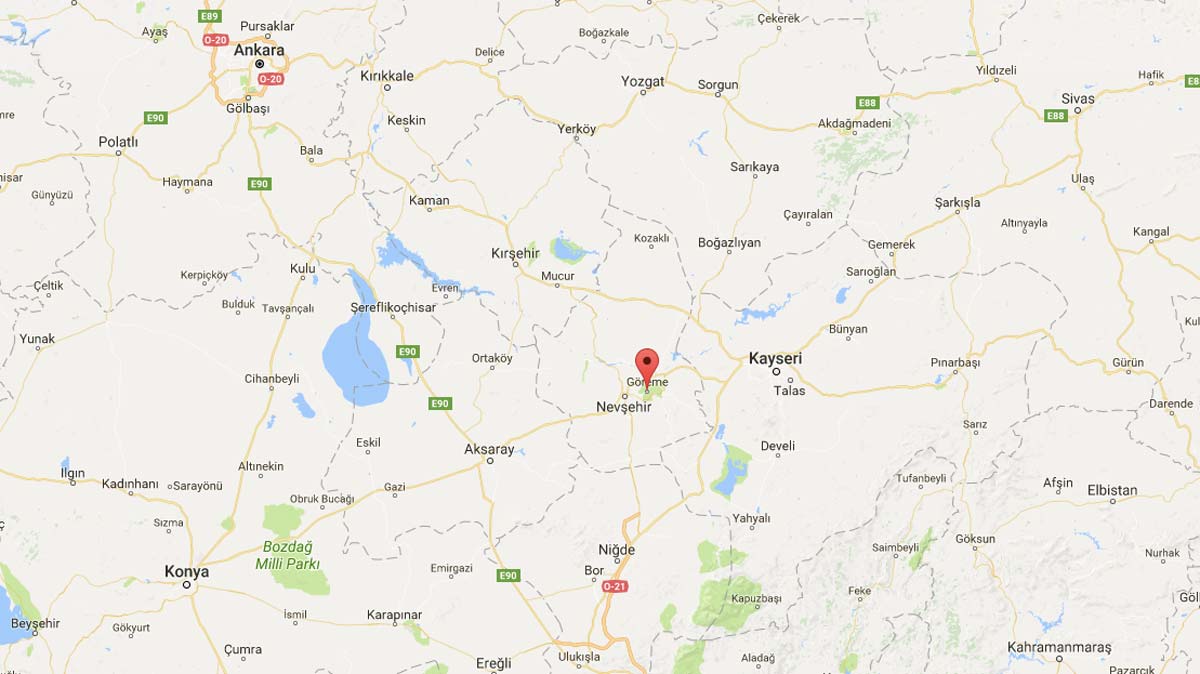 How to Get to Cappadocia

We recommend renting a car to travel around Cappadocia. You can rent a car at the airport. If you're thinking of coming from Istanbul by car, then make sure to stop by Lake Tuz to watch the sunset.

1. Transportation by Car/Bus to Cappadocia

It's possible to get to Cappadocia from Istanbul by either car or bus. You can provide transportation from Istanbul to Cappadocia by land, car or bus. The fastest way by private transportation: the Istanbul - Sapanca - Bolu - Golbasi - Aksaray - Nevsehir route is 743 kilometers or about 8 hours. The other way to go is the Istanbul - Sapanca - Bolu - Ankara - Kırıkkale - Kırşehir route, which is 724 kilometers or 8 hours 18 minutes. If you're interested in going by bus to Cappadocia, then you can buy a ticket from bus companies Kamil Koç, Metro, Tokat Star, and Esadaş.

Turkish Airlines and Pegasus have direct flights to the Kayseri Airport every day leaving from Sabiha Gokcen (an airport on Istanbul's Asian side). The trip takes 1 hour and 23 minutes. Another option is flying from Sabiha Gokcen to Nevşehir Airport, but the flights are less frequent going every Wednesday, Friday, and Sunday. This flight lasts 1 hour and 15 minutes. Turkish Airlines offers non-stop flights everyday from Istanbul Airport to Kayseri Airport, and this flight is 1 hour and 20 minutes. You'll also be able to find a direct flight leaving from Istanbul to Nevşehir every day, and the duration of this flight is around the same at 1 hour and 20 minutes.

There are a couple of different ways that you'll be able to get to the city center. If you've already traveled around a major city in Turkey, then you're probably familiar with the Havataş, which is a shuttle from the airport to city centers. Nevşehir does not have one of these shuttles, but each airline company has their own shuttle services. There are also some private companies that offer shuttle services, but you'll have to make a reservation in advance. They'll take you from the airport based on when you land and leave you at your hotel.

You can get to Kayseri by train from Adana, Ankara, and Kars and then get to Nevsehir by taking a bus from Kayseri's bus station. There are also two trains daily from Ankara to Kayseri. The cost of the journey, which takes around 7 hours, is 20 TL. Click here to learn more and buy tickets. There's one train daily leaving from Adana to Kayseri, and the cost for the six-hour ride is 18 TL. Another option if you're out in the eastern part of the country is to take a train from Kars to Kayseri. The cost of staying in a sleeper train for the 18-hour journey is 35 TL.

Everything in Cappadocia is located close to each other, however, accessing transportation can be a bit tricky. Although the area is touristy, there's no much public transportation. But you'll be able to get around by taking buses, minibusses, and taxis. But if you ask us, the best way to travel around Cappadocia is by renting a car or coming here with your own car. But that's only if you want to go to places you can't get to with minibuses. So if you want to do something like go on a safari tour, then you'll probably be able to get on a bus that will drop you off close to where the safari starts. But keep in mind that the departure times for the buses can vary a lot and are not frequent. They also might leave you a little far from where you'd like to go. And some bus schedules might not fit your schedule, and you'll be forced to go back to your hotel early - that or you can get a taxi. But taxis cannot easily be found everywhere. Before you go, take this into account and make the budget for your trip accordingly. If you can squeeze it into your budget, then we recommend that you rent a car to get around.